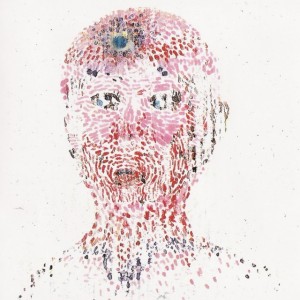 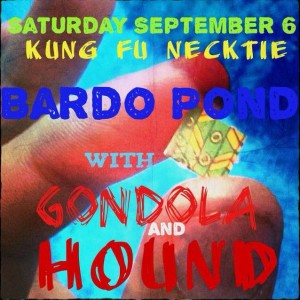 Hey C’mon out and wish us well on our Euro Tour! 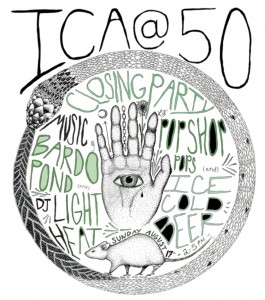 We are psyched and honored to do this. Please make it…

ICA@50 allowed us to explore, confirm, amend, exorcise, and most importantly, celebrate the past fifty years. A highly personal experience for everyone involved—staff, artists, members, donors, and audience—the anniversary project has been an opportunity to remember and to reminisce.

We would be remiss to close the celebration without exploring the past performances of Bardo Pond. Casually known as ICA’s “house band” since the 1990s, Bardo Pond has been entwined in the story of this institution.

There have been many memorable performances. They played the opening of the 1996 exhibition You Talkin’ To Me?and recorded a 7” single for the catalogue; they performed for 2 ½ hours accompanying Andy Warhol’s film Sleep(1963) in conjunction with The Big Nothing in 2004; they accompanied artist Rodney Graham in concert at World Café Live for his 2005 ICA retrospective; and performed at the request of Trisha Donnelly for her 2008 show.

In addition to their expansive work as musicians and visual artists, members have been involved with the museum in various capacities over the years, from working as preparators to exhibiting their own work at ICA.

The closing party will feature Bardo Pond with guest DJ LIGHTHEAT. Artist Jeremiah Misfeldt will lift the curse that he cast upon ICA during The Big Nothing Cabaret in 2004. Paul Swenbeck, ICA’s Chief Preparator, launches the zine he produced in conjunction with Woe Be Gone, a mural that celebrates Margaret Kilgallen’s life and last work, which was presented as part of ICA’s 2001 exhibition East Meets West: “Folk” and Fantasy from the Coasts.

Lil’ Pop Shop popsicles, a variety of snacks, and beer will fuel the celebration, to be held (weather permitting) on ICA’s terrace.

5pm—On to the next fifty!