Please join us for an evening of electric levitations!

Please join us and our good friends for what should be a fun evening. Smoke ’em if you got ’em…

Please join John, Scott and I and our wonderful Friends for a singular night of electricity and sound!

Hope everyone that bought one is enjoying it! Still may be found here – 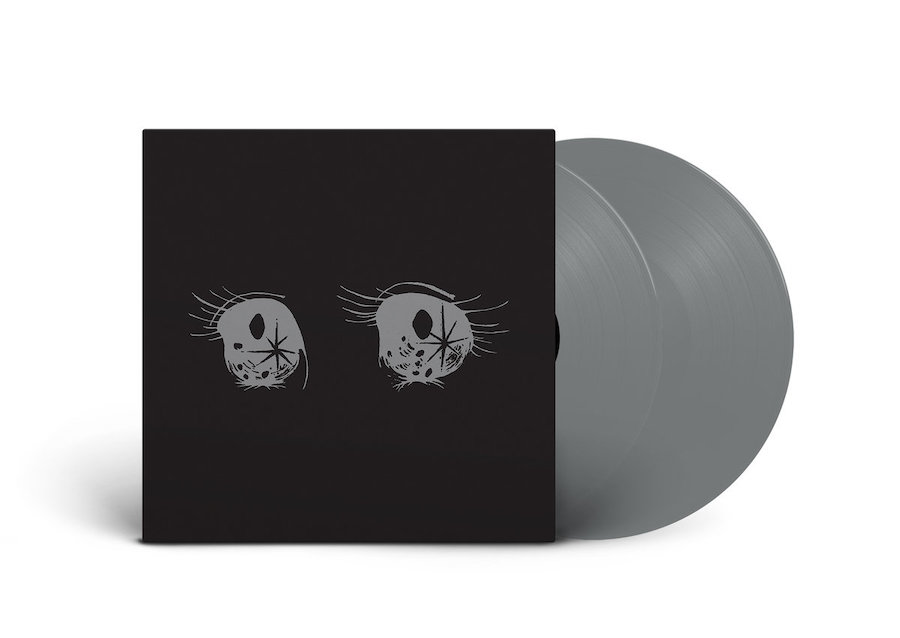 Fire Records is re-releasing our 2010 Bardo Pond “Bardo Pond” LP. https://www.firerecords.com/…/bardo-pond-bardo-pond-2019-r…/
It was our first release on the Fire Records label. The cover is color inverted and the tunes are on beautiful silver vinyl. Please grab one here and thanks!
https://fire-records.lnk.to/bardopondst 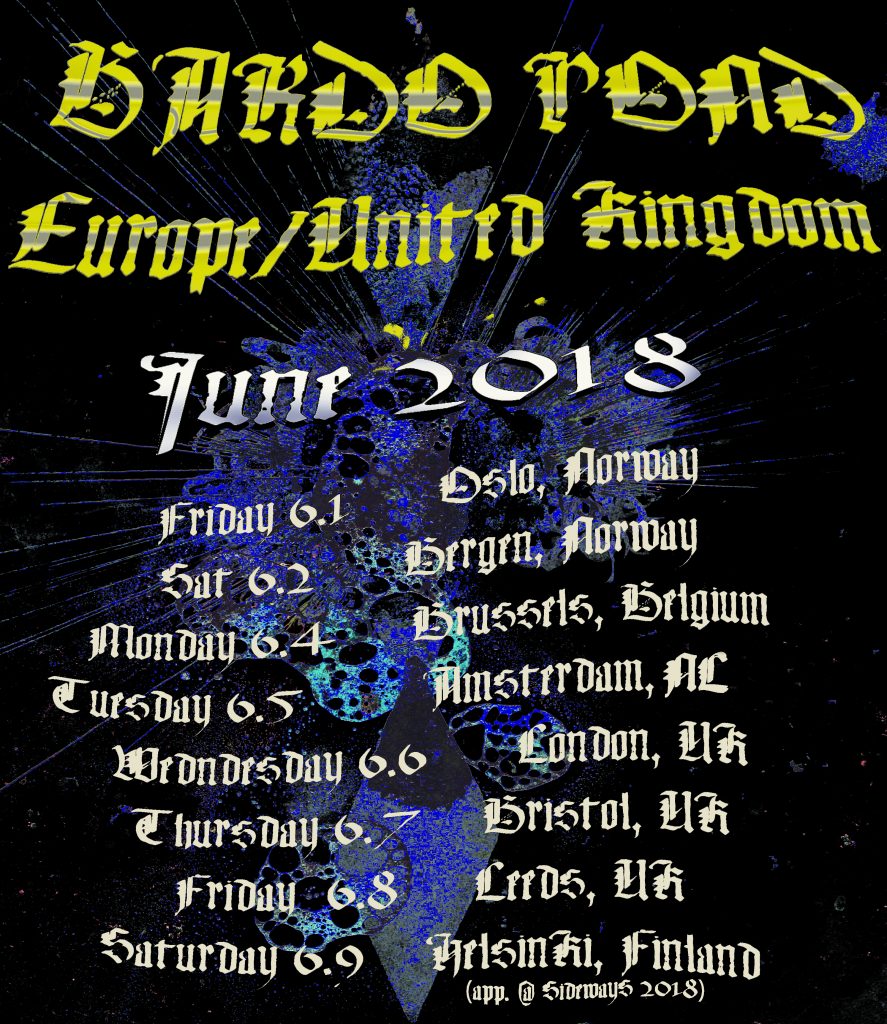 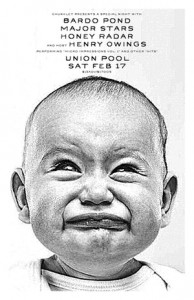 Please Join us for a certain to be smashing evening!

Bardo Pond was the flagship band of Philly’s “Psychedelphia” space rock movement, which also included the likes of Aspera, Asteroid No. 4, the Azusa Plane, and tangentially the Lilys. Explicitly drug-inspired — their titles were filled with obscure references to psychedelics — they favored lengthy, deliberate sound explorations filled with all the hallmarks of modern-day space rock: droning guitars, thick distortion, feedback, reverb, and washes of white noise. Hints of blues structure often cropped up, but Bardo Pond’s earliest roots lay with avant-garde noisemakers from the realm of free jazz and from New York’s no wave movement and downtown Knitting Factory scene. As their musicianship improved, the band gradually incorporated more traditional influences, but maintained their affinity for the outer fringes of music. Thus, their brand of space rock echoed not just genre staples like Hawkwind and Pink Floyd, but jam-happy Krautrockers (Amon Düül, Popol Vuh, Ash Ra Tempel, Guru Guru) and experimental indie heroes (Sonic Youth, My Bloody Valentine, and especiallySpacemen 3). With a steady stream of releases on Matador, the band stuck around long enough to draw comparisons to the spacier, noisier contingent of post-rockers, like Mogwai and Flying Saucer Attack.

Underground psychedelic superstars for almost the last 20 years, Bardo Pond is Philly’s hometown epic psych band. “If rock music is to have any relevance in the new millennium, it is bands like Bardo Pond that will make it so.” -Tony Dale, Ptolemaic Terrascope.

From their Massachusetts aerie, Major Stars have rocked the world seven albums over during the past decade. The signature guitar union of Wayne Rogers and Kate Village (first immortalized in Crystalized Movements and later in Magic Hour) ensures an unshakable foundation with screaming solos and mystical guitar shreds.

Ten years have done nothing to mellow Major Stars, for which they must be congratulated. The devious interweaving of the psychedelic with the rock is, as ever, a delight, to consistent yet somehow changed ends.
They keep the craft surging forward, maintaining sufficient heat to ensure that nothing gathers on them as they beat it down the line.

“Not sure if it’s layered solo work or a group or what, but it’s great short pop spasms owing equal debts to early New Zealand’s South Island groups and Guided by Voices.”
— The Wire

Henry Owings:
It’s often said that those who can, do; those who can’t, teach. However, in the case of Henry Owings, he does. Quite a bit. And quite a bit more. He’s a graphic designer, magazine publisher, author, concert promoter, record producer, tour manager and now to add to this list: comedian. Brought on stage after a dare with his wife as to who was funnier, Henry quickly found out his wife is way funnier than him. And he admits to it. Freely. However, he persists going on stage largely to excise the beasts that he’s targeted in the pages of his three books and also in his long-standing magazine Chunklet. He recently self-released his first record called “Micro-Impressions Vol. 1” and is a five minute collection of his one-second impressions of bands ranging from AC/DC and Blonde Redhead to, well…you get the idea. Owings took his act on the road with The Gotobeds last year and couldn’t be discouraged from continuing his utter nonsense. And so here we are, watching a grown man, father, husband and labradoodle owner queef into a microphone and call it “comedy.” There you go, 2017, do your worst.

It should be added that Owings is currently the top selling artist in the long-dead Mini Disc market for 2017. His record “Micro-Impressions Vol. 1” has sold four copies. Then again, that was just at last count. It might be more by now.

Bardo Pond:
The world’s most essential psychedelic rock experience should defy rational explanation and scholarly deconstruction. No tablature can define for you what these latter day cosmic couriers bring to the table, no lyric sheet will give you access to their text; you put the music on, close your eyes, and dream your equivalent of the pond into existence. Bardo Pond has the outward specifications of a rock band — guitars, bass, keyboards, drums, occasional but crucial flute and violin and vocals — but the rivers that converge into the band’s oneiric flow have their headwaters in the outlands of ecstatic jazz, free noise and the avant-garde. Their slow-motion avalanches of churning instrumentation and voice suggest drugged states but don’t necessarily require them.
They alter brain chemistry by the alchemical effect of distressed sound alone, aspiring to become engineers of the soul’s passage to alternate states of consciousness.

At the foundation of the pyramid, the drums of Jason Kourkounis and the bass of Clint Takeda lay down a sinewy, sexy and hypnagogic bottom end. At the centre of the pyramid, the twin guitars of John and Michael Gibbons send out emissaries of fire, flaying flesh from bone in a storm of holy liberation. Isobel Sollenberger inhabits the place where the pyramid meets the eye of their storm, weaving fibres of voice, flute and violin through the din.

I heard someone comment recently that the limits of music have now been defined, bracketed by John Cage’s silence at one end and Merzbow’s maximum noise at the other, leaving only the option of filling the spaces in between. Bardo Pond demonstrate how much scope there is to innovate within that continuum. If rock music is to have any relevance in the new millennium, it is bands like Bardo Pond that will make it so.

Major Stars:
Major Stars is an American psychedelic rock band from greater Boston, Massachusetts. Their first live performance was in 1997 at the inaugural Terrastock Festival in Providence, Rhode Island. They toured Japan in 2000 with Overhang Party. In 2002, they toured with Acid Mothers Temple as an opening act and performed at the South by Southwest Festival in Austin, Texas. In December 2006 they performed at the Thurston Moore curated All Tomorrow’s Parties festival in the UK.

Guitarist Wayne Rogers sang lead vocals on all of the band’s releases through 2005’s 4, when Sandra Barrett joined to take over those duties.[5] Barrett left the band in 2008 and was replaced by Amanda Bristow, who joined during the recording of the album Return To Form. Vocalist Hayley Thompson-King joined in 2010, and appears on the albums Decibels of Gratitude and Motion Set but has since left the group and the current live singer is Noell Dorsey.

“Not sure if it’s layered solo work or a group or what, but it’s great short pop spasms owing equal debts to early New Zealand’s South Island groups and Guided By Voices.”
– The Wire