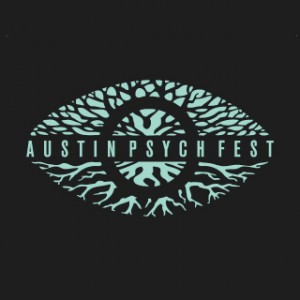 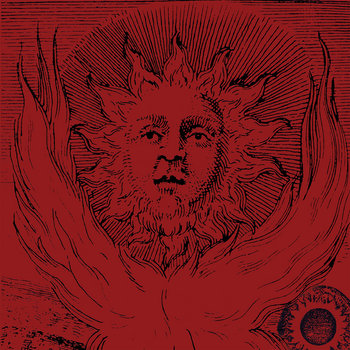 Bardo Pond were more than happy to do it themselves in their earliest days as a band. They recorded and self-released a handful of cassette-only albums to serve as merch table offerings as well booking demos. Each of these cassettes offered a real-time snapshot of where Bardo Pond started sonically, each containing a primordial ooze of swampy, sludgey psych blues, demonstrating the essential DNA that has become Bardo Pond’s multi-decade calling card. Over the years a few of these cassettes have surfaced as band-issued CDRs and the like. However, 1992’s “Shone Like A Ton” has never been reissued apart from those old, original cassette copies. This vinyl edition of this album marks the material’s first wide release, first vinyl release, and first digital release. Three Lobed Recordings is proud to release “Shone Like A Ton” in conjunction with “Refulgo,” a collection of Bardo Pond’s earliest singles and compilations tracks (TLR-101).

“Shone Like a Ton” was remastered by Michael Gibbons and Patrick Klem. 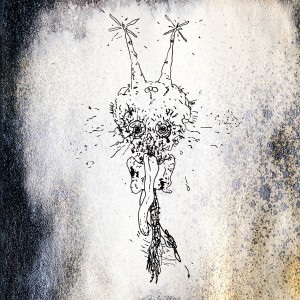 Something happens exactly two minutes and thirty-five seconds into “Die Easy,” the A-side of Bardo Pond’s first 7”, released on the long-gone Compulsiv label back in January 1994. A slurred and shambling blues take on the old Negro spiritual, “I Want to Die Easy” — something that still might be heard around last call at any roadside joint near any American highway — just erupts. The effect is like touching the stove. The song goes white hot, in a searing overlay of guitar feedback and ferocious percussion. The blues returns, but it is never quite the same: the drums too frenzied, the squall too thick, but the hymn is unbowed: shout salvation as I fly…That was twenty years ago.Revisiting the warhorse Philadelphia band’s first cut calls to mind something that is seldom articulated: Bardo Pond make American music. Of course, one can hardly find a review or interview where they aren’t being compared to British shoegaze, German krautrock, New Zealand noise, or any one of the global host of bands with whom they have shared stages across continents: Mogwai, Godspeed You! Black Emperor, Acid Mothers Temple. It is all so effortlessly cosmopolitan. But don’t believe it. Bardo Pond make American music: like Son House made American music, like Albert Ayler made American music, like Material made American music. When pressed in interviews to rattle off their international influences, the band often talks about how Sun Ra decamped for Philadelphia in 1968 — a precedent, perhaps, for walking the spaceways while planted in the city where this republic was born.Bardo Pond’s excellent 2013 Record Store Day release, Rise Above It All, made the point pretty clearly. It was comprised of covers of two masterpieces of African-American music: Funkadelic’s “Maggot Brain” and Pharaoh Sanders’s, “The Creator Has a Master Plan.” With that, a band best known for thick lysergic sludge honored its unlikely debts to funk and free jazz. Cosmic slop of a different order, perhaps.

Bardo Pond’s new release, Refulgo, comes from the other side of their storied musical history. It collects tracks from the impossible-to-find early 7”s and compilations from the years surrounding their 1995 debut Bufo Alvarius. The collection’s title, Refulgo, is appropriately retrospective, coming from the Latin word for reflecting light or shining back brilliantly—“flash back” would not be an unreasonable translation (it seems the hallucinogenic references scattered across their album titles have gotten downright scholarly). The collection documents the band in the days in which its stable lineup was just crystalizing around the brothers John and Michael Gibbons on guitars and Isobel Sollenberger on flute, violin and vocals. Bob Sentz is still playing drums on some of the early tracks, soon to be replaced by Joe Culver; and longtime bassist Clint Takeda only appears on the back half of the collection. Bardo Pond was then only just emerging from Yuengling-fueled sonic rituals in Philly row homes into a working band with steady gigs at the Khyber Pass and singles on Compulsiv and Drunken Fish. The sound they were pursuing was an uncompromising, and at times, bewitching, brand of American free music: slashing and overdriven guitars, thunderous drums, ghostly flute, infinite feedback and transported vocals that sound like mad Ophelia before she went into the river.

Bardo Pond’s early recordings are just savage; both the chops and the extraordinary control that marked the band’s later output were still, it must be said, embryonic. But the recklessness is glorious, nonetheless. For all the band’s talk of free jazz and no wave influences, the early Bardo Pond often got by on a kind of damaged blues. You can hear it on the almost-groove of “Dragonfly” and even more so on the electrocuted 12-bar of its B-side, “Blues Tune,” originally released as a 7” on Compulsiv in November 1994. The ambling “New Drunks” also (from July 1995) builds on a tortured blues lick. The transcendent “Hummingbird Mountain” is an album highlight, smearing lugubrious guitar scuzz on top on surprisingly funky drumming—the bottom dances, while the top dives: the effect is almost anthemic. The prickly, addictive “Jungle Tune” is even tighter, dispelling just enough of the murk to pass at times for positively groovy. But it is the seering, ascension of “Affa” (from the 1996 Ptolemaic Terrascope collection Succour) that best foreshadows the band’s development into purveyors of exquisite head music. This direction is confirmed by the blissful album closer, the twenty-two minute epic “Sangh Seriatim,” which encapsulated the droning, sun-drenched orientalism of the band’s masterful sophomore album, Amanita.

The title Refulgo is perhaps more than a little ironic, as Bardo Pond has often been seen in a reflected critical light. They were often taken for slack noiseniks a la Sonic Youth; or an American Jesus & Mary Chain; or epic post-rockers like Mogwai. But really they were always simply Bardo Pond, a free rock band from Philadelphia. On Refulgo, we hear the inception of an American original.
—Brent S. Sirota
January 2014