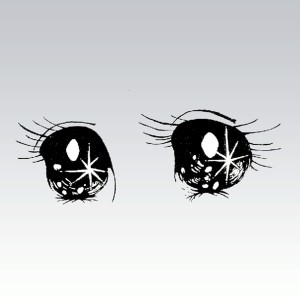 Dont Know About You

Await The Star (The Stars Behind)

Our Press Release written by the esteemed Mr. Chris Grier…

The first time I saw Bardo Pond, I was, as probably most people are when they first encounter this batch of beatific weirdos, horribly unprepared. To describe the experience as “psychedelic” is an understatement on the order of saying that whacking oneself in the nuts with a ball-peen hammer is “mildly irritating.” Needless to say, priorities were rearranged, etc.

Fast-forward 15 yrs, and Bardo Pond have put out many LPs, most of them named after hallucinogens that make you throw up all night and see things – which was kind of them, I always thought. Let ya know what you were in for. All of this recorded output is pretty staggering to me, because, without exception, they seemed able to toss a lasso around some sort of ineffable hoodoo that felt like it was a million yrs old. If Carl Sagan would have 1.) smoked a little more weed and 2.) not croaked, I’m hoping he would have cut a BP track onto that gold LP that they put on the Voyager units. Would’ve been a way better representation of the best parts of the human spirit than Chuck Berry, I say.

Anyhoo. One night not long ago in the Bardo Compound in Philly, Michael says in a kinda offhanded way, “Hey man, you wanna hear this? …” And there I was, being bathed in the songs you’ve got in yr grubby little mitts right now.

I was, once again, unprepared.

This cauldron is a bit of a different brew. It made total sense to me (as it will to you) when he later told me the name of the LP is just “Bardo Pond.” Why? It’s a distillation. Two decades of playing together have sandblasted away everything unessential and left us with what we have here. It was like no one else before them had ever gotten near the plagal cadence, not Lou Reed or the Stooges or 2,000 yrs of church music. They invented it all over again, independent of any of that, after gawd knows how many yrs of flailing away and burning themselves up.

I fucking love these songs. And while I hate writing almost as much as I hate third-degree burns, I have to say it is a joy to be able to tell you about this record. I feel like Neil Fucking Armstrong.

It took years for them to get here, but this record is the most goddamned beautiful thing they’ve ever done. Sorry for the superlatives. But really, the only thing left for them to do at this point is explode.

Review from the folks at

It seems Bardo Pond will always be pigeonholed as a band that makes music to take drugs to. Even though it has been 15 years since they last titled an album with a reference to a drug — Amanita, an obscure psychedelic mushroom — critics continue to claim that most of their LPs are named for hallucinogens. As if in an effort to thwart the drug associations, Bardo Pond have offered their first large-scale release of new music in four years with their own name as the title. Self-titling an album is usually a move of consolidation or redefinition for a band, and indeed, this latest album presents all sides of the Bardo Pond oeuvre in solid, powerful songs while gracefully incorporating more acoustic textures. It distinguishes itself with a greater occurrence of softer moments and a greater presence of acoustic instrumentation, though Bardo Pond have not only been one of the most gentle massive doom-raga bands around, but also one of the most consistent in indie music in general. This album does nothing to disrupt their two-decade streak of psychedelic, cosmic, post-rock transcendence.

The reviews of Bardo Pond cited above invariably conclude — generously, they would have us think — that even though the band’s music was likely inspired by, performed under the influence of, and dedicated to a drug, a listener doesn’t have to be high to appreciate it; indeed, the music itself is mind-altering. While it’s a relief to find out that I don’t have to shoot up when Charlie Parker comes on my iPod or drink laudanum when listening to Hector Berlioz, the statement that a piece of music is itself mind-altering is pretty redundant. All music has an effect on our brains, our moods, and our bodies — this is a truth known to any 50s teenager with a transistor radio or any ecstatic church congregation. What is notable about Bardo Pond’s music is not that it is mind-altering, but that it is self-consciously so. This is what makes the music psychedelic, in the sense of Timothy Leary’s The Psychedelic Experience (1964). This manual for the psychedelic voyager outlines a course to and from “ego-death,” based on the Tibetan Bardo Thodol, commonly known as the Tibetan Book of the Dead. As far as I can make out, the Bardo, which gave Bardo Pond their name, is a liminal state in between life and death, self and not-self: the space in which it is possible for the soul to observe the death of the body. It is a space where, according to Leary, the “game” of human egos falls away and liberation is experienced. This space gave the band its name because it struck bassist Clint Takedo as “a fine place for a pond, especially for fishing.” This seeming non-sequitur is characteristic of the type of insight Bardo Pond would intend their more mystic listeners to take from this album, one in which the different discourses and perspectives of fishing and high-minded religious philosophy do not disagree, but perceive one another attentively and realize their common unity.

Key to the unique mood Bardo Pond achieve is the alchemical dynamic between brothers John and Michael Gibbons’ crushing guitars and Isobel Sollenberger’s wavering vocals and (oft-maligned) flute. Even moving at the same tempo as the band’s punishing rhythm section, Sollenberger’s weightless vocals and contemplative flute induce a double-vision of the ear, in which time is moving at different speeds simultaneously, a disorienting effect of pacing and ambience that induces both head-nodding and eyelid-drooping. This contrast can be heard from the very first song, “Just Once,” in which Sollenberger’s lovely, lilting moan of a vocal melody, backed by acoustic guitars and harmonica, is gradually surrounded by the distorted roar of the group’s massive guitar riffs while still retaining its peculiar lighter-than-air pull. Similarly, the standout track “The Stars Behind” combines melodic, stately guitars and clear, sighing vocals with a massive doom dirge. Sollenberger’s flute and vocals float weightless within the guitar maelstrom just as the soul observes the body from above.

The 21-minute epic “Undone” is not the album’s best song or even its centerpiece, but just another track that takes a little bit longer to make its point. In it, consistently interesting, backwards-processed guitar noodling is joined after 10 minutes by some more aggressive rhythm-guitar counterpoint and insistent percussion. Although it builds in intensity, the basic song dynamic — which it shares with the other tracks on this 70-minute album — never changes. What does change is the amount of time we are given in which to stare into the song. Time is important to this band; their first full length, Bufo Alvarius Amen 29:25, included the length in minutes of the epic cut “Amen” right in the album’s title. In these longer tracks, the listener is forced to contemplate the sounds in themselves and the song’s effects on the ever-changing consciousness. Their sheer size chips away at the resistance of the listener, the impulse of the ego to label and withdraw. Time, then, for the psych band, is space for meditation. For Bardo Pond, named after a Tibetan manual for transitioning between death and rebirth, it’s significant that it’s not until the end of life that we can see that death is not the end.